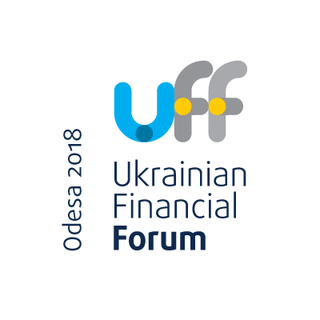 The Ukrainian economy has weathered a difficult period following Russian aggression and laid the foundations for economic recovery and sustainable growth. The country is emerging from the shadows to become one of the most attractive investment opportunities in the Europe, Middle East and Africa region.

On the one hand, this is down to the Ukrainian government pushing ahead with reforms, which has resulted in the macroeconomic stabilisation of the country. On the other hand, Ukraine is attractive to investors because of the potential for high returns from investing in this emerging market. The stabilisation of the Ukraine economy was one of the most talked about topics at this year’s Ukrainian Financial Forum, (#UkrFinForum2018) which was organised by the ICU Group in Odesa.

“The events of 2013-2014 decimated the country’s economy, and saddled it with a number of significant problems,” noted Makar Paseniuk, managing partner at financial Group ICU, during his opening speech at the Ukrainian Financial Forum.

“However, the reforms introduced by the government, the National Bank of Ukraine and other regulators, which have often been unpopular and difficult to implement, have led to many positive changes, making it easier for Ukraine to compete for capital. Ukraine has only recently embarked on a path to stability, but we already have something attractive to offer investors.”

There was much discussion at the forum about the role the government and the state in attracting investment to Ukraine. However, the type of investment is an important consideration.

Ryad Yousuf, a managing director at Goldman Sachs, classified investors into three main groups: those who invest in Eurobonds, those who buy local-currency bonds, and those who engage in foreign-direct investment.

“The first category – those who invest in sovereign Eurobonds – are the ficklest, and can exit anytime,” Yousuf explained during the panel discussion. “The situation in Ukraine is currently improving for foreign bond buyers in this market. This increase has been boosted by the adoption of the law on the nominee account holder, which will significantly ease bond purchasing by foreign investors.”

According to the ICU’s calculations, the sovereign bond portfolio held by foreign investors over the past year has increased from UAH 2.2 billion to UAH 7.4 billion, reaching a peak of UAH 14.5 billion, and there is still room to grow as reforms take pace.

Konstantin Stetsenko, a managing partner of ICU, believes that the introduction of bond buying through the Clearstream clearing depository will also further simplify and further open up the bond market for foreign investors.

Ukrainian corporate and sovereign Eurobonds are also in demand: “The yield on Ukrainian securities is very attractive from an investors’ point of view compared to other emerging market countries at the moment,” said Vladimir Osakovskiy, chief economist for Russia and the CIS at Bank of America Merrill Lynch.

Mikhail Galkin, a credit strategist at Goldman Sachs, noted that his favorite asset class is the dollar debt of emerging market countries, adding that the risk adjusted ratio for this asset class can’t be compared with other markets. He said despite the high interest rates in other emerging markets, Ukraine could still provide an amazing opportunity for people involved in emerging markets at the moment. “Ukraine is an interesting growth story with a significant amount of debt, but it still looks fairly good compared to its peer group,” Galkin said during a panel discussion at #UkrFinForum2018.

The second category of investors are domestic investors. This group is small, but thanks to reforms more foreign investors are looking at this market.

The third and most important category are those who provide direct foreign investment. These are investors who buy and build factories here. Reforms are very important for them, and it is for this class of investors that emerging markets are competing.

According to Paseniuk, the role of the state in attracting foreign direct investment should not be limited to the creation of the necessary conditions through reforms. The state must create and inspire large investment projects, and develop public-private partnerships, particularly in agriculture, energy and infrastructure. Makar noted that one of the fastest instruments for attracting at least $15-20 billion could be the offer of state-owned agricultural land estimated at 10 million hectares.

Keyu Jin, an associate professor of economics at the London School of Economics, suggested that infrastructure itself was the driving force behind the success of the biggest emerging market – China.

“In my opinion, high-quality infrastructure has made a great contribution to the country’s development,” Jin said. “Though, to provide the infrastructure, you need a lot of capital and investment. At the same time, infrastructure projects have high risks due to their costs, and it is difficult to forecast the return on investment. Therefore, developing countries often cannot afford such investments to develop infrastructure.”

This year, for the first time at the Ukrainian Financial Forum, another class of assets was separately brought forward – Ukrainian start-ups. Roman Nikitov, the director of the ICU’s venture capital division, said that the new, technological economy is less dependent on the macroeconomic situation.

“By providing services to attract Western capital funds in start-ups, Ukraine integrates more quickly into the Western world through these partnerships than at the political or state level,” Nikitov said.

“Regarding all the nuances from its Soviet and post-Soviet past, Ukraine in the classical economy is weak, with its low GDP and inefficient production. However, in the new economy, run by Google, Facebook and Amazon, Ukraine is among the top 20 in terms of start-ups. Ukrainian specialists have won recognition in Silicon Valley, they are well versed in English, dynamic, have access to information, they have good reputation and experience in cooperating with the biggest corporations of high standards.”

Today Ukraine is one of the best countries in the world to invest in tech start-ups, added Yaroslav Azhnyuk, the CEO of tech firm Petcube.

“Perhaps the best asset that we have here in Ukraine is our human capital,” Azhnyuk said. “Our people are highly skilled and educated in many diverse sectors, and despite of having one of Europe’s most educated work forces, labor costs in Ukraine remain some of the lowest. With the same value of investment for starting one start-up in San Francisco, you can fund five star-ups in Kyiv. Finally, Ukraine is now in the hands of a generation that seeks progress and humanity. Our young are increasingly motivated, and they’re ready to show the world they deserve better.

Their dynamism and optimism is truly outstanding.”

ICU emphasizes the legality of its government bond transactions