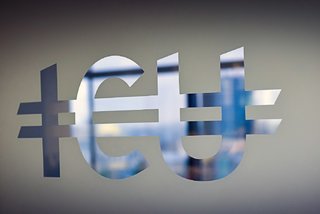 ICU EMPHASIZES THE LEGALITY OF ITS GOVERNMENT BOND TRANSACTIONS

As one of Ukraine’s longtime leaders in financial services, ICU strictly complies with all legislative and regulatory requirements in the countries in which it operates.

With regard to the transactions that ICU executed for clients of state-owned Oschadbank in November and December 2013, law enforcement bodies and market regulators have looked deeply into these and found ICU’s role to be appropriate and above board.

ICU had no dealings with these companies prior to November 2013 as before this time banks and other market participants would execute transactions like these directly without an intermediary. However, a legislative rule change in October 2013 required all purchase-sale agreements for government bonds to be made through licensed brokers. There was nothing unusual about ICU acting as a broker to a government bond transaction as it is a leader in this market and has been the No.1 player by number of trades executed for seven years in a row (2011-2017).

Before entering into these brokerage agreements, ICU complied with all applicable Know Your Customer (KYC) and Anti-Money Laundering (AML) requirements in regard to buyers of government bonds. These clients already maintained cash and securities accounts with Oschadbank and bought securities at prices that were pre-agreed directly between them and Oschadbank. ICU did not open any securities or cash accounts for the companies involved. ICU’s role was limited to an agent function.

In January 2017, the Pechersk District Court – as part of criminal proceedings covering a broader issue of special asset confiscation – ordered the Ukrainian National Securities and Stock Market Commission (NSSMC), one of ICU’s regulators, to audit the compliance of ICU and other market participants’ operations with respect to their obligations within AML/KYC legislation. On completion of their inspection, auditors confirmed ICU’s actions were professional, legal and proper.

After the NSSMC audit, ICU took further steps to protect its reputation and, of its own accord, commissioned an independent audit of the transactions and its compliance with the AML/KYC laws. The group of experts that conducted the inquiry had previously worked on joint anti-money laundering projects for the State Financial Monitoring Service of Ukraine and the Organization for Security and Co-operation in Europe (OSCE). The independent audit confirmed that ICU had complied with all requirements of the KYC/AML law.

In its history, ICU has never been charged with any violations of rules regulating activities in the securities markets.