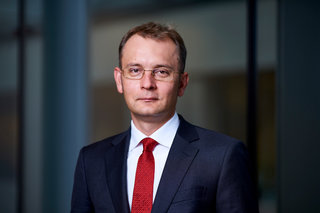 Makar Paseniuk, ICU Founder, Member of the KSE Board of Directors

Nataliia Shapoval, Chair of the Management Team, Kyiv School of Economics said: “We are proud to have Makar Paseniuk joining the Board of Directors. Makar is someone who knows the value of education and takes real action to help talented young people build successful international careers.”

“KSE (formerly EERC) was created in 1996 to provide a foundation for a market economy in post-Soviet countries, including Ukraine. Makar Paseniuk is one of the strongest financial analysts in our country. In the late 1990s, he was one of the first in Ukraine to start building an international investment bank and managed to structured deals that no one has ever done before. Only a small handful of people have read about it in theory – but he was involved for the first government bond issue, the first large-scale Eurobonds, and the first international IPO from Ukraine.”

“Since 2016, ICU has been a strategic partner of Kyiv School of Economics, and its founders, Makar Paseniuk and Konstantin Stetsenko, have become KSE’s patrons. Together we have held several Ukrainian Financial Forums – ICU’s flagship events for the development of the Ukrainian capital markets. We launched Ukraine Economy Week – an annual weekly marathon of events on globally important economic issues. With ICU and several other partners, we have established The Center for Excellence in Economic Journalism so that journalists can enhance their knowledge and cover the economic events of Ukraine in a profound and objective way.”

Makar Paseniuk, ICU Founder, Member of the KSE Board of Directors commented: “I have been working in the financial sector for 20 years and know from my own experience what knowledge and skills the Ukrainian specialists are lacking. Filling these gaps and enhancing the competitiveness of our graduates in international markets are my goals as a member of the KSE Board of Directors. With our help, students should maintain the achieved level and further develop their competencies in order to be demanded economists, finance specialists, managers, both in their own country and abroad, and not be inferior to their colleagues who have graduated from foreign universities”,

ICU is Ukraine's leading asset manager with over $500m in assets under management. Makar Paseniuk’s team has become one of the most recognized for their corporate finance work in Ukraine – the volume of successful M&A deals under his management is valued over $1 billion, corporate debt restructuring – about $3 billion, restructuring of Ukraine’s foreign debt – worth $2.7 billion.

The Chairman of the Board of Directors of Kyiv School of Economics:

Yuriy Gorodnichenko — Chairman of the KSE IAB, Quantedge Presidential Professor of Economics at the University of California, Berkeley; KSE’2001

Tymofiy Mylovanov — KSE Honorary President, Associate Professor of the University of Pittsburgh, the Minister of Economic Development, Trade and Agriculture of Ukraine; KSE’1999