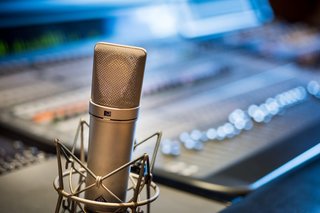 Respeecher allows modification of voices and can even reduce accent.

ICU has added another company to its investment portfolio - Respeecher, a Ukrainian startup, which specializes in creating a digital model of human voices.

Their product allows modification of voices and can even reduce accent. It opens up a number of new opportunities for studios that make films, animations, and video games.

For example, using the Respeecher, acting doubles can record voices for films or commercials with celebrity voices without their direct involvement. In addition, the product can help restore the voices of celebrities from past recordings of their performances, which can be used, for dubbing audio books or movies. Respeecher also plans to enter the call center market this year.

You can see how the technology works with the voice of former US President Barack Obama here.

“Respeecher is an example of a small but effective company that really helps customers save money using artificial intelligence. Their product is in demand and the team already has experience of working with the famous Hollywood studio and British broadcaster. For us, as investors, this is a positive sign,” said Roman Nikitov, head of ICU Ventures, the venture capital arm of ICU.

“This round of investment gives us the opportunity to scale our business - to increase our technical potential and sales, as well as enter a new market. The ICU Ventures team helps us with building a business model, shares useful contacts and is always within the distance of one phone call. We are very optimistic about further cooperation,” said Alexander Serdyuk, CEO of Respeecher.

The amount of the investment was not disclosed.

Respeecher is not the first startup of Ukrainian origin in the ICU portfolio. Previously, the group invested in companies with Ukrainian roots such as Petcube, Apostera, 3DLook, Hideez.

“We are pleased to support the Ukrainian team, which has the potential to be successful globally. A successful case of one company inspires dozens of others and contributes to the development of a startup ecosystem in Ukraine. This is one of the goals we want to pursue by investing in Ukrainian brains,” said Roman Nikitov.

ICU Ventures is part of the ICU Group, an independent asset management firm founded in 2006 by senior investment professionals from ING. With significant allocations to venture capital, private equity, infrastructure & distressed debt, ICU is one of the largest and most diversified asset managers in the CEE region.

ICU recognised as the largest Ukrainian government bonds trader for the 10th ...