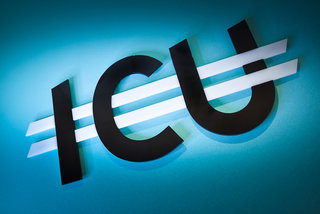 The official data demonstrates that ICU has maintained continuous leadership in this market for 10 years.

“Over the past ten years we have actively participated in the development of the Ukrainian government bonds market's infrastructure as well as the financial literacy of potential investors. It is really pleasing that the fruits of our efforts are reflected in the most objective of indicators - reporting figures,” comments Konstantin Stetsenko, ICU co-founder.

According to the NSSMC, transactions with government bonds have prevailed in the securities market over the past three years when compared with the volumes of contracts in other financial instruments.

"Foreign investors started looking at Ukrainian local-currency debt in 2017, but in 2019 their interest in new investments sky-rocketed. Foreigners increased their holdings of UAH-denominated debt from US$0.2bn to US$4.9bn in a year. A link to the Clearstream depository, which was established around May 2019 facilitated foreign access to the Ukrainian market, which also significantly boosted the demand for Ukrainian debt," emphasized Konstantin Stetsenko.

You can access the full content of the annual report of the National Securities and Stock Market Commission here.

According to the analytics of the Global Banking & Finance international publication, which has been researching the activities of financial companies in more than 150 countries since 2011, ICU was recognized as the best broker in Ukraine in 2019-2020. The publication noted the leadership of the company in terms of trading volumes and the number of exchange transactions in government bonds.