13 November 2018
Evolution continues Speakers on the Alternative Energy Panel of the Ukrfinforum 2018 underscored that developing renewable-power capabilities are critical for Ukraine’s energy independence. because such capacities utilize just domestic resources and therefore are able to improve the country’s balance of payments. Moreover, development of the alternative energy sector will provide additional ...

Speakers on the Alternative Energy Panel of the Ukrfinforum 2018 underscored that developing renewable-power capabilities are critical for Ukraine’s energy independence. because such capacities utilize just domestic resources and therefore are able to improve the country’s balance of payments. Moreover, development of the alternative energy sector will provide additional employment, which, in turn, supports the national economy.

The speakers of the Alternative Energy panel of the Ukrfinforum 2018 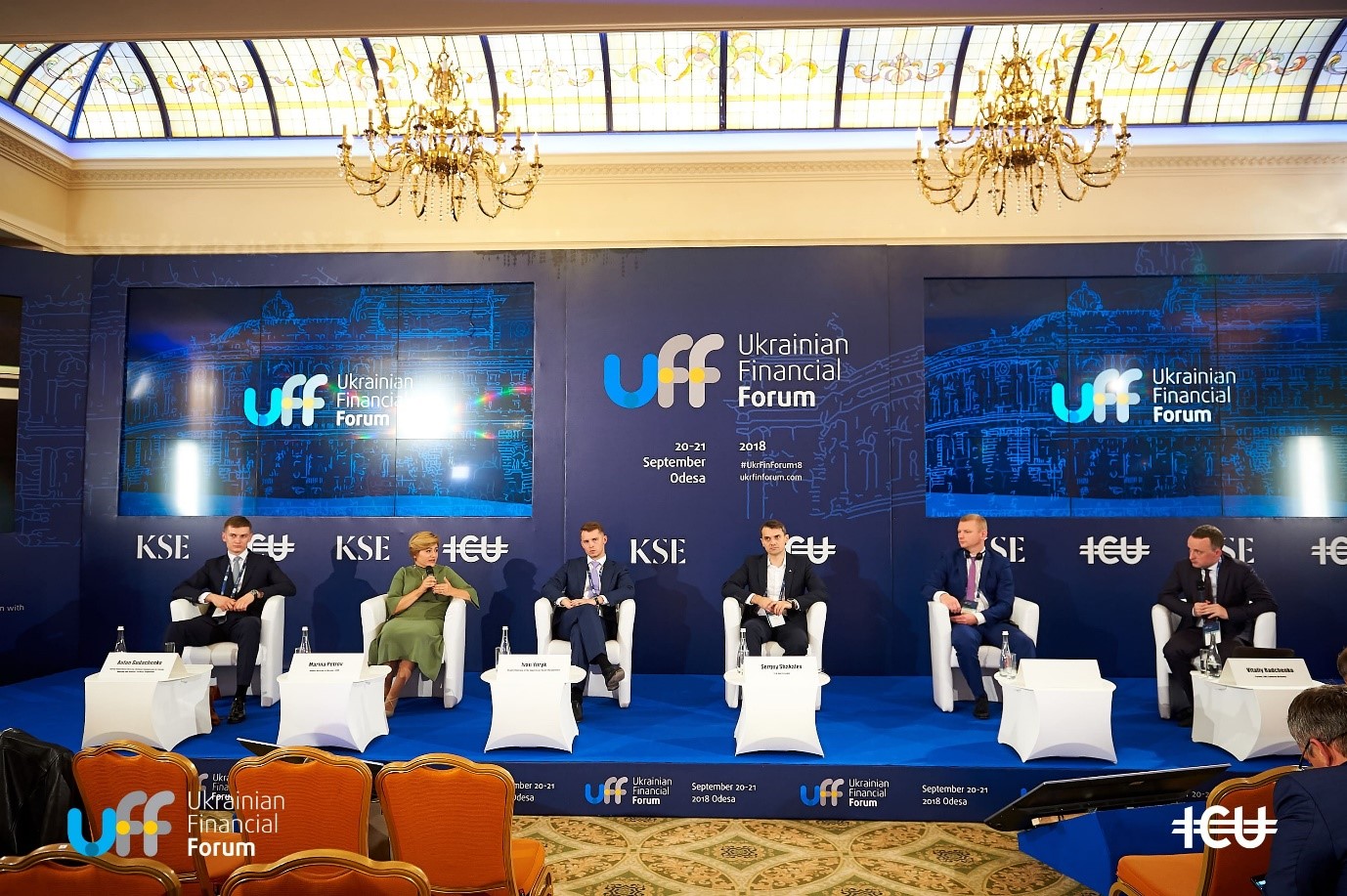 Vitaliy Radchenko, Partner of CMS Cameron McKenna, noted that starting from 2009, Ukraine has a law on green, or feed-in tariffs (FIT), which stimulates investment in renewable power in exchange for favourable power-purchase prices pegged to the EUR. Since then, and despite 480 renewable power projects being commissioned, the share of alternative energy has grown to only 1.8% in the country’s power generation mix. At the same time, due to high FITs, alternative energy comprises as much as 9% of the power generation’s total revenues. Nevertheless, Ukraine’s goal to raise the share of renewables in the national power generation volume to 25% by 2035, which is a 11-12 times increase. A record 290MW of renewable power capacity was introduced in 1H18, consisting of 200MW for solar power stations, 50MW for wind, and 40MW for biomass and hydro energy capacities. Investors have shown considerable interest in the sector.

Sergey Shakalov, CEO of KNESS GROUP, sees a number of problems with the current fast development of alternative power. Instead of a boom, he sees a industry encumbered by bottlenecks, first with regulation, then financing, and after that the quality of developers’ projects. As soon as one bottleneck appears to have been solved, another develops. From the outside, it may look like a boom, but actual introduced capacity remains below expectations. That said, this business is interesting not only for Ukrainian, but also for foreign investors. It is clear, simple, and secure in that the state is a guaranteed buyer. Risks are of a more global nature, like whether there will be enough sunshine for solar panels or not. 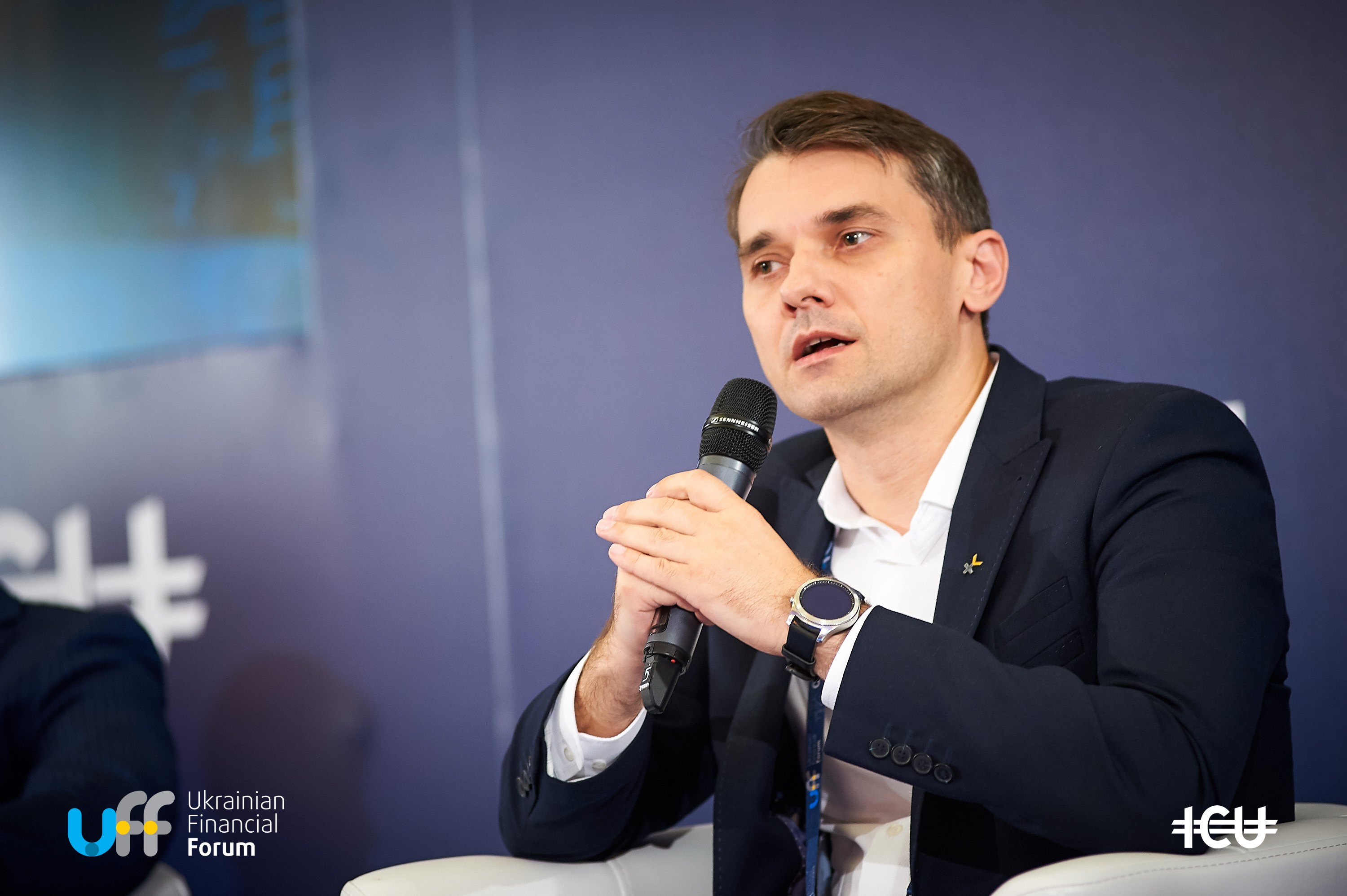 At the same time, power stations themselves can potentially be used as collateral to raise capital. Cash flows of such projects are straightforward, and operational expenditures are low. Ukraine build more alternative energy, if it starts implementing its long-term strategy. Larger cash flows will attract more technologies, boost production of equipment, and attract construction companies.

Ivan Yuryk, Deputy Chairman of the Supervisory Board of UkraineInvest, argues, however, that the sector faces even more substantial risks. There are three issues that need to be addressed: 1) introduction of the concept of conditional delivery, where investors receive a guaranteed purchase from the state in case of the energy system’s failure; 2) clarification on the place of arbitration, because currently foreign investors dislike the ambiguity of whether it will be the Ukrainian Economic Court or an international arbitration court; 3) risk of FIT change. The latter represents quite a significant risk due to many historic examples when hard economic times have lead governments in some countries, such as Spain and Poland, to wind up favourable FIT regimes. So, investors need either the state guarantee or hedging tools to mitigate this risk.

Ivan Yuryk, Deputy Chairman of the Supervisory Board of UkraineInvest 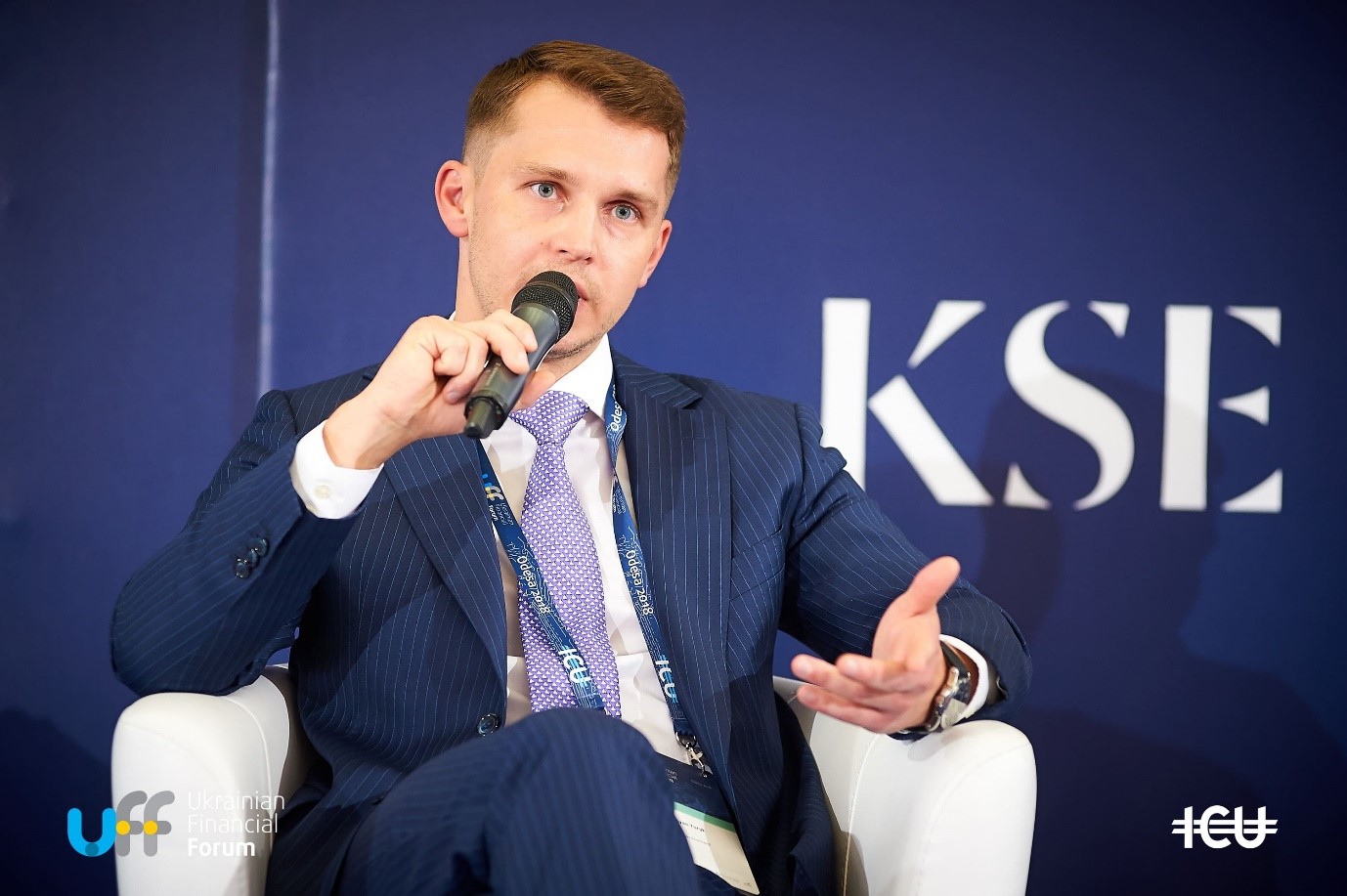 Marina Petrov, Deputy Director in Ukraine at the EBRD, notes that not all segments of renewable power have received equal interest from investors. There are almost no investors in biomass and hydro power projects, because current regulations make the investment period too short to earn a reasonable return. Investors need at least five years from the start of a project to its commissioning. Biomass energy has huge potential, and the government needs to create new tools in order to attract investments to this segment.

Marina Petrov, Deputy Director in Ukraine at the EBRD 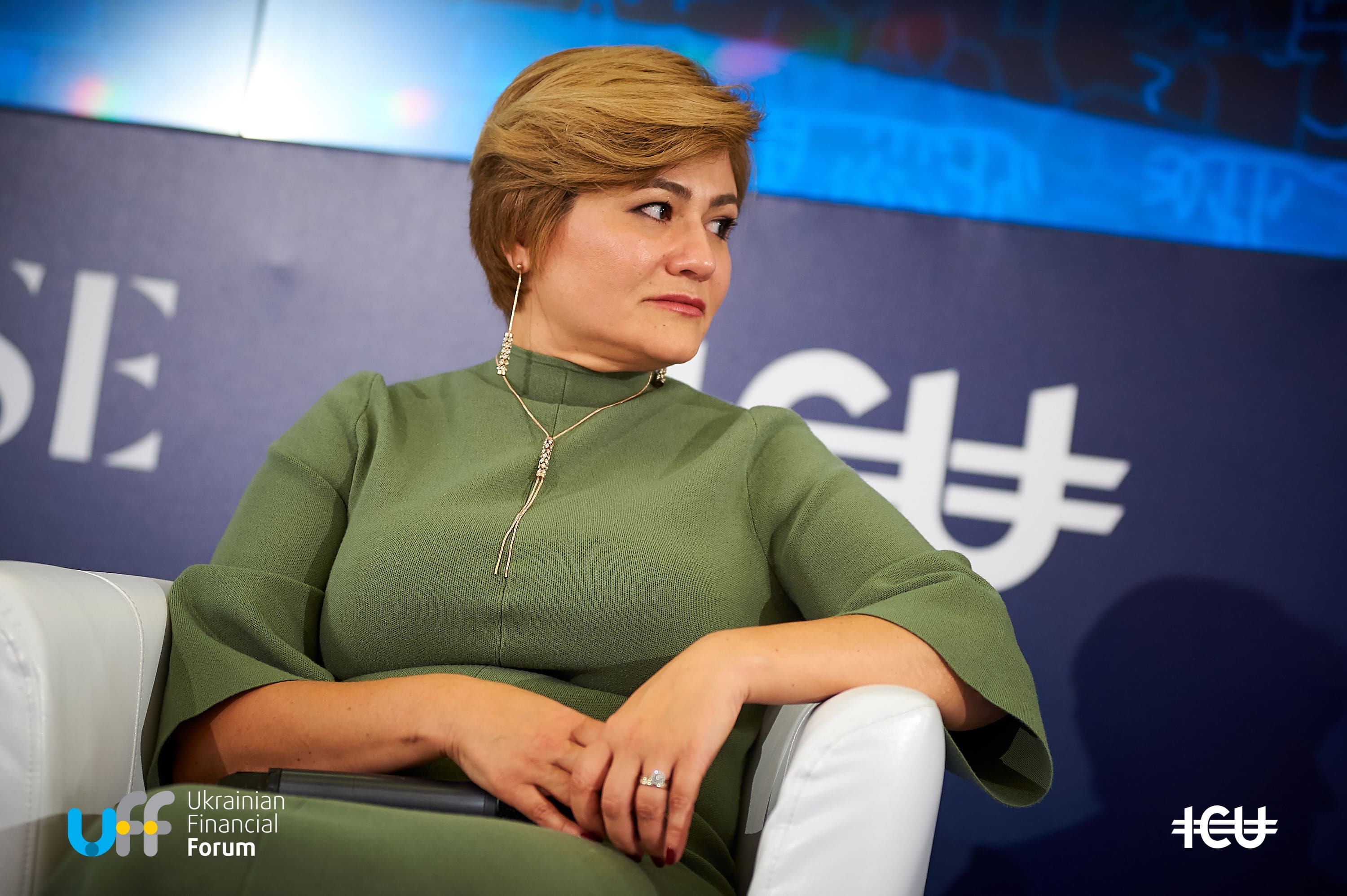 Ivan Yuryk added that biomass power is valuable as it represents manoeuvring capacities, which can balance the volatility of sun and wind power generation. Ukraine has as an agrarian country has huge volumes of unused agricultural by-products, which could become the fuel for biomass power generation. Yuryk sees the biomass power business as more complicated than solar and wind power. Hence, developing it requires a unique approach. Such an approach may include taking biomass power out of the auction system, and extending favourable FITs even after launching a new power market in July 2019.

Sergei Shakalov does not see financing as a big problem for Ukrainian alternative energy projects. There are enough banks and companies willing to invest in the sector. The key problem now is a shortage of high-quality projects that are attractive for investors. The project’s implementation stage can be quite long, starting with permits and land allotment, and ending with connection of a power plant to the grid. All this requires highly professional technological expertise. Unfortunately, Ukraine lacks companies with relevant experience, and also lacks skilled specialists.

Maryna Petrov pointed out that as the renewable-power market has become more developed, it is more difficult to attract qualified technological advisors. The EBRD intends to commit EUR250m of financing to the sector. The EBRD traditionally differentiates itself from other banks investing in this sector by paying more attention to environmental and social issues. Furthermore, the EBRD decided to stop lending for new projects, but instead it will finance the implementation of the electricity market related to auctions. Petrov thinks that Ukrainian banks should also participate in financing the sector, while international participants should provide necessary hedging instruments to help banks cope with risks at power plants’ construction stage.

Within this context, Mikhail Mutko, a representative of Ukrgazbank, noted that the bank is the leader in financing the Ukrainian alternative-energy sector. He emphasised that financing alternative-power projects with standard investment credit schemes that involve collateral or guarantees will not enable Ukraine to reach its goal to substantially increase the share of renewable sources in the power mix by 2020. To address this, Ukrgazbank is introducing various modifications to existing financing programmes. In particular, the bank developed a variation of the project approach that involves more active participation of EPC contractors. In this model, EPC contractors follow financing obligations in the segment of the project that falls within their responsibility. Ukrgazbank also suggests necessary changes in financing regulations to the NBU. Their initiatives helped local government and municipal guarantees to have been equalled by the regulator to the hard collateral. This is a real breakthrough, because it encourages construction of municipal power stations, which pay corporate profit taxes directly to local governments. It is also interesting to observe rapid change in the external market. Observing how quickly the Ukrainian green sector is developing and how dependable the FIT system remains, foreign investors have made substantial changes in their approach to financing Ukrainian green power projects. In some cases, foreign suppliers of solar panels changed their prepayment requirement from 100% to 10% or to a grace period, sometimes long enough for commissioning the power plant, and even authorising the FIT.

As noted by Edward Lucas, a keynote speaker of Ukrfinforum 2018, on another panel, the FITs for Ukrainian alternative-power generation are absolutely grotesque. Ukraine, a poor country, pays much higher feed-in tariffs than Germany. To Lucas, it looks like the electricity consumer in Ukraine is subsidizing the owners of the solar parks, so it would be reasonable to revisit both solar and wind power tariff regulations. 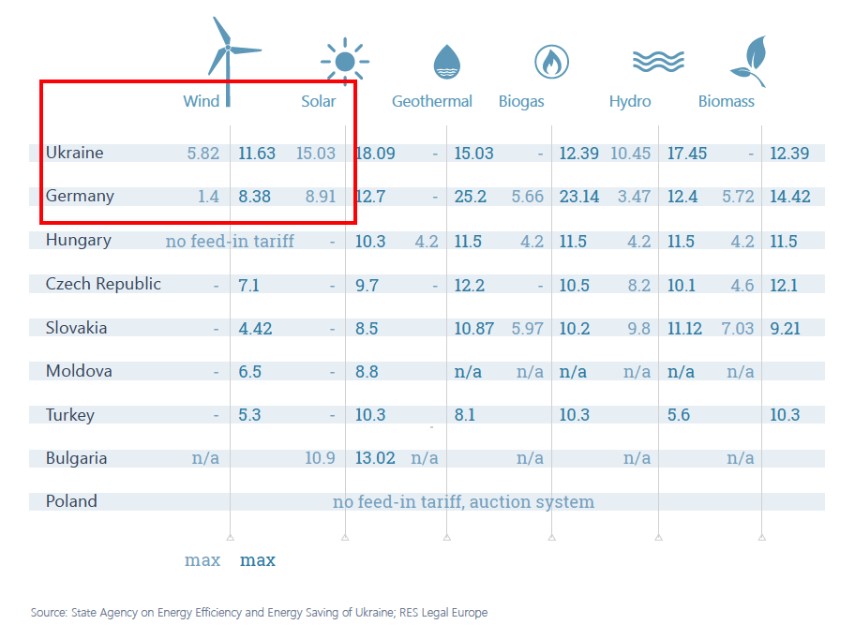 Panellists agree that Ukrainian FITs are quite expensive and the highest in Europe, and they must be reduced. However, the argument that other types of power generation are much less expensive could be a myth. Capex per MW of nuclear and hydro energy is not substantially lower than capex per MW of solar, wind, or biomass power. It is also important to understand that abundant nuclear and hydropower capacities are available to Ukraine only thanks to inheriting power generation capacities from Soviet times. That is why, in the panellists view, it would be unreasonable to expect that the power auctions will help to reduce purchase prices for solar, wind, and biomass power by 3-4x to the current price level for large hydropower plants. Instead, the new auction model of the electricity market must find an equilibrium, which would have an attractive long-term perspective for all power generation types.

No clear vision of a new electricity market yet

With the introduction of a new power market model in 2020, Ukraine will move from regulated tariffs to power auctions where investors ask for certain price levels in exchange for secured purchases of power from the state. As a result, the feed-in tariffs will drop dramatically and investment attractiveness of alternative power sector will sharply decline. The market understands that changes are inevitable, but the question is when, how, and what will be the tools to hedge risks, and what will be the role of local developers, consultants, and banks. The new system of power auctions requires more sophisticated financial instruments, and more skilled and knowledgeable market players. That is why the EBRD plans to invest $2-4m in infrastructure to establish power auctions in Ukraine, and make them understandable, transparent, and legally compliant.

Panellists concurred that there is not yet a clear model of the future power market. It is still unclear what kinds of projects will be auctioned, the object of the auctions, and how to preserve competition, given high density of solar power stations in southern Ukraine compared with the north. Also, starting from 2020, local developers will face tougher competition from foreign companies that have cheaper financing.  The Ukrainian parliament has currently registered eight different projects of the law that regulate power auctions.  Marina Petrov noted that as a result of this uncertainty, only a very small number of companies plan to invest in alternative energy during 2020-21. Therefore, it is urgent and important for authorities to discuss with business the future model, and pass the law on auctions before the end of 2018, to give investors and the industry players a good idea of what the market will look like.

Anton Hudachenko, Energy Department Director at the National Commission for Energy, Housing and Utility Services Regulation, also had questions about how ready investors and power generating companies are for the new market, such as taking responsibility for failing to supply power and causing market imbalances, for example. The Commission has already adopted 90% of all the secondary regulatory acts necessary for the introduction of the new market. The rest, such as regulatory documents on electricity purchase by guaranteed buyers, remain under discussion and will be adopted in one month. Key outstanding issues were presented by Edward Lucas in his keynote speaker panel presentation. One of them is the installation of all the necessary software, corporatization, certification, and the unbundling of Ukrenergo. The regulatory acts should be finalized before July 2019. And it is important that the procedure of auctions be simple and transparent to avoid excessive influence of the state at all the stages of project realization. 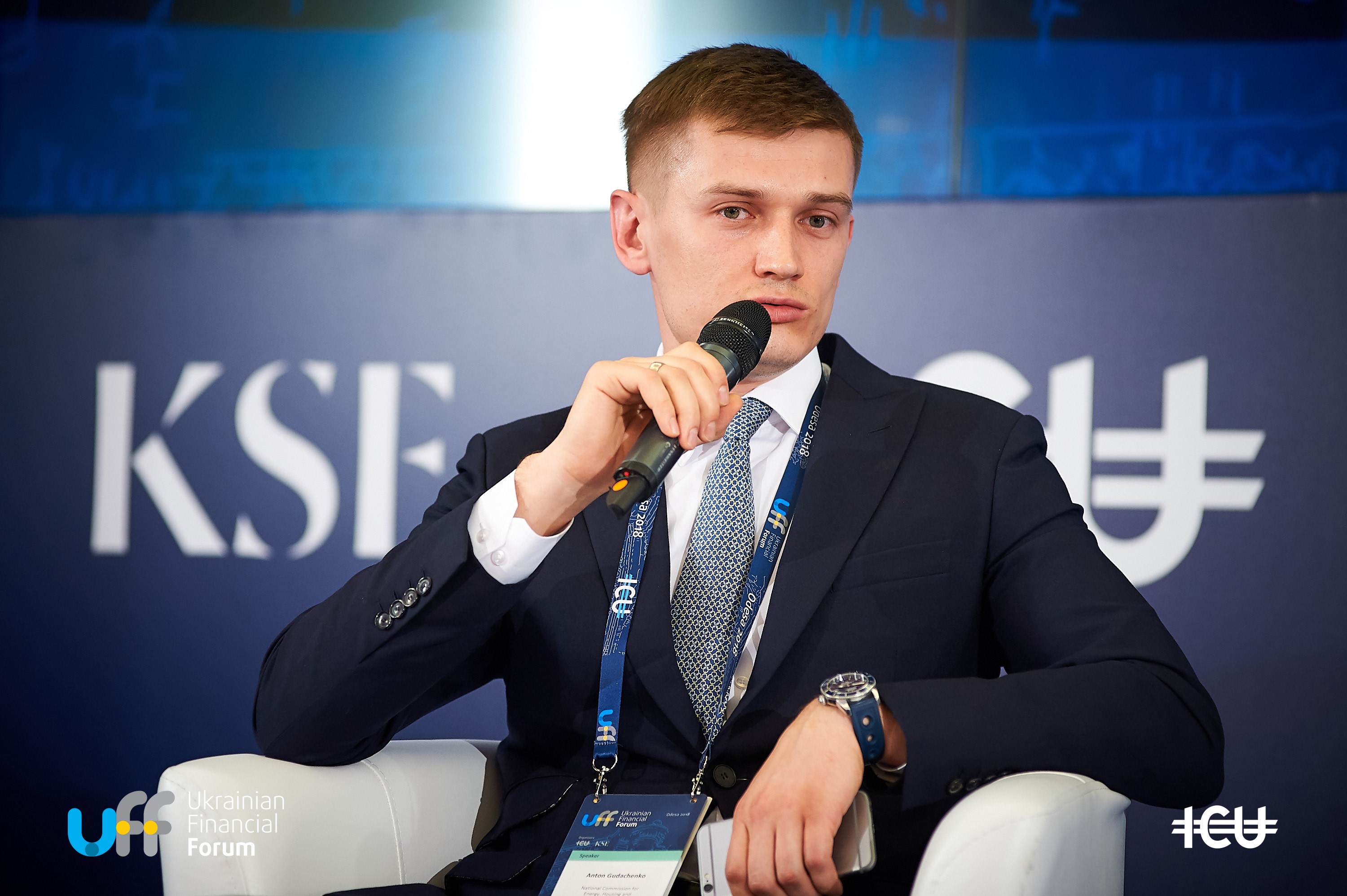