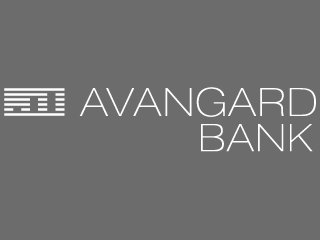 According to the chairman of the Supervisory Board Konstantin Stetsenko, the net assets rose by 18% to UAH441.4m in 2014, primarily due to the increase of the investments in securities available for sale. Return on assets was 4% (0.27% in 2013).

"99% of assets are highly liquid, consisting of interbank lending operations, portfolio of government bonds and correspondent accounts with the most reliable Ukrainian and foreign banks. 95% of borrowed funds are funds of legal entities, - said K. Stetsenko. “95% of bank’s total assets is placed for up to 30 days period."

He emphasised that the bank is not seeking to increase the size of its net assets.

"The Bank does not seek to increase the size of its net assets. The Bank neither accepts deposits from individuals nor engaged in retail or card business nor provides commercial loans since it was founded for the purpose of securities and foreign currency trading, interbank lending and services for corporate customers. “Securities portfolio consists of governments bonds only”, - said the chairman of the supervisory board of the bank.

K. Stetsenko also stated that the volume of operations of Avangard with the NBU was minimal and could not affect the overall situation on the market.

"In 2014, the bank bought from the NBU US$2.7m amid the currency intervention anfdUS$1.4m on its FX auctions - he said. The bank has neither attracted any refinance loans from the NBU nor has outstanding debt to the regulator.

"Balance sheet indicators of the bank increased as the result of volume of operations expansion, attraction of new clients and cooperation with the peer banks. Bank has concluded 65 contracts for interbank operations with other banks and opened correspondent accounts with Deutsche Bank Trust Company Americas (in USD) and Deutsche Bank AG (in EUR), which allowed it to speed up payments"- K. Stetsenko said.

According to him, 2014 was a year Avangard’s incipience when a test-drive of bank’s business model took place.

"We are a treasury bank with very low administrative costs, high level of process automation and high capital turnover. It allowed us to achieve the best performance indicators among Ukrainian banks (the share of administrative expenses to operating income of Avangard is only 15% while sector-wide indicator stood at 65%), "- said K. Stetsenko. No violations of NBU’s prudential regulations and a high level of liquidity (double margin of safety) also indicate a high financial stability of the Bank Avangard.

K. Stetsenko also noted that during the 2015 Bank Avangard plans to expand the number of clients interested in the services of the treasury bank and to intensify cooperation with the counterparties regarding settlements and establishing blank limitis.

PJSC Bank Avangard was registered by the National Bank of Ukraine on July 5, 2013.

The Bank focuses its core business on the foreign exchange and money markets as well as the securities market, conducting both proprietary and on behalf of the client trading (banking license #269 dated July 5, 2013, General license for foreign currency transactions o#269-2 dated February 10, 2014 with the Annex).

Independent rating agency "Credit Rating" has affirmed uaA national scale credit rating of PJSC Bank Avangard in July 2014 and changed outlook from “developing” to “stable”. This suggests bank has a high level of creditworthiness as compared with other Ukrainian banks.

Bank participates in the Deposit Guarantee.

Bank is a part of ICU group. Shareholders - Vestal Holdings Ltd. (99.99% shares). The ultimate beneficiaries of the ICU group are Makar Paseniuk, Konstantin Stetsenko and the management.

International investors are ready to invest in Ukraine after reforming in business ...