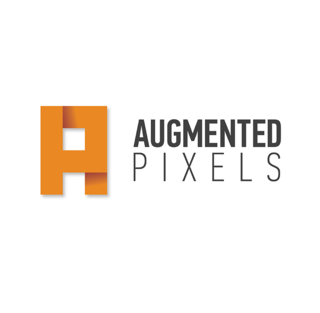 Augmented Pixels is the latest company with Ukrainian roots in which ICU has invested.

ICU has expanded its venture portfolio by investing in Augmented Pixels, a company that develops products in the fields of navigation, digital mapping and virtual/augmented reality.

Augmented Pixels has developed a proprietary simultaneous localization and mapping (SLAM) technology optimized for low CPU usage. The company’s product enables autonomous navigation for robots in GPS-denied environments as well as having features that allow to create 3D maps for navigating in unknown spaces through a smartphone or virtual/augmented reality devices (indoor navigation).

“Augmented Pixels already has solid market experience and a promising product that solves important practical problems - this is exactly what we are looking for in companies,” said Roman Nikitov, head of ICU Ventures, ICU’s venture wing.

“During COVID-19 pandemic many companies fired excellent programmers. We decided to move forward more aggressively and develop new products, therefore we attracted additional funding. The whole process took less than a month - I am impressed by the professionalism and proactivity of the ICU team,” said Vitaliy Goncharuk, CEO Augmented Pixels.

The amount of the investment is not disclosed.

Augmented Pixels is the latest company with Ukrainian roots in which ICU has invested. Previously ICU joined the financing rounds of well-known startups such as Petcube, Apostera, 3DLook, Hideez and Respeecher.

“Each new success story of a Ukrainian company increases the credibility of the Ukrainian venture capital market and makes us more visible on the world map. This is one of our goals as a strategic investor in this region,” said Roman Nikitov.

ICU Ventures is part of the ICU Group, an independent asset management firm founded in 2006 by senior investment professionals from ING. With significant allocations to venture capital, private equity, infrastructure & distressed debt, ICU is one of the largest and most diversified asset managers in the CEE region.

ICU recognised as the largest Ukrainian government bonds trader for the 10th ...